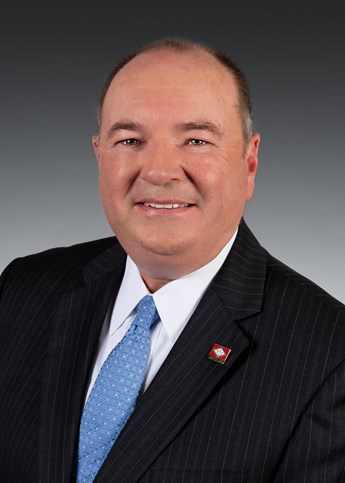 Senator Bruce Maloch has represented District 12 since 2013. Previously, he served six years in the House of Representatives, from 2005 through 2010, and 10 years as a Justice of the Peace on the Columbia County Quorum Court.

Senator Maloch has been involved in public service for decades. While serving in the House, he was chairman of the Joint Budget Committee, where he helped guide the 87th General Assembly through the state’s first Fiscal Session. In his first term, he was elected chairman of his 37-member Freshman Caucus.

Professionally, Maloch practiced law nearly three years with Anderson, Crumpler, Bell & Maloch before joining Farmers Bank & Trust Co. He is currently the company’s Vice Chairman, Chief Operating Officer and General Counsel and is a member of the board of directors.

In 2019 he was named Citizen of the Year by the Magnolia-Columbia County Chamber of Commerce.

Senator Maloch has been active with several community and civic organizations:

Born in Magnolia, Senator Maloch received his Bachelor of Business Administration in Business Agriculture from Southern Arkansas University and his Juris Doctor with honors from the University of Arkansas at Little Rock School of Law.

He is a graduate of the Institute on Comparative Economic and Political Systems (Georgetown University) and the Southwestern Graduate School of Banking (Southern Methodist University).

He and wife Martha have one son and two daughters and are members of First Baptist Church of Magnolia. They have four granddaughters.