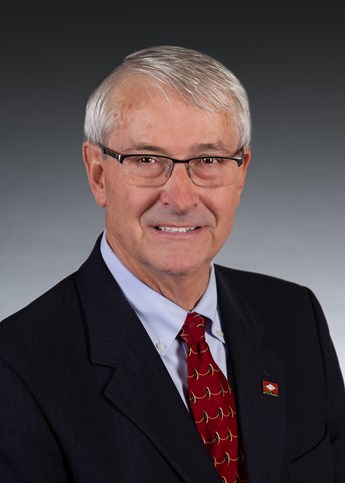 Senator John Cooper retired after 35 years of service with AT&T. During that time the network transitioned from the mechanical age to electronic switching, digital carriers and fiber optic facilities. He managed many of those cut overs at the Jonesboro office. He held a first class FCC license.

Senator Cooper is a Vietnam era veteran. He enlisted in the Army in 1966 and was assigned to Germany, where he worked in communications after receiving extensive military electronics training.

His experience in large and small business helps keep him up to date on developing issues. He and his wife, Sue, have two children and four grandchildren.

He has been an ordained Baptist Minister since 1989 and has been pastor of several churches. He often traveled to church functions where he participated in ordinations and was the invited speaker.

His hobbies include reading, researching issues, studying the Bible, and playing chess on line against national and international competition. He has been rated in the top ten percent of active players on an Internet web site with a rating of over 1600.

After high school he studied in the military, in corporate sphere and also is self-taught. He doesn’t watch many movies or much television.

Senator Cooper is chairman of the Senate Committee on Agriculture, Forestry and Economic Development, and a member of the Senate Judiciary committee. He also serves on the Joint Budget Committee, Joint Performance Review and Legislative Joint Audit.