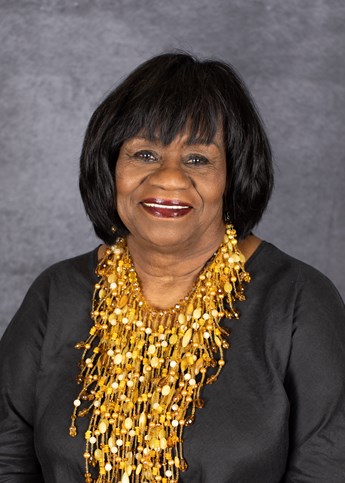 Senator Linda Chesterfield represents District 12, which includes parts of Pulaski County on both the south and north sides of the Arkansas River.  She was elected to the Senate in November 2010 and sworn in January 2011.  Senator Chesterfield is the vice chair of Senate Education Committee.

When legislation is filed that would create a new board or commission, she makes sure that its members represent a diversity of cultural backgrounds.

Senator Chesterfield is a retired teacher with more than 30 years of classroom experience teaching 7th, 8th and 9th graders.  She is a past president of the Little Rock School Board and the Pulaski County Association of Classroom Teachers. She also served two terms as president of the Arkansas Education Association.

Senator Chesterfield was on the board of the National Education Association and is the only Arkansan to have been elected to the NEA’s nine-member Executive Committee.  She was also the chair of the NEA Black Caucus.  Senator Chesterfield has been president and treasurer of the Arkansas Democratic Black Caucus and chair of the Arkansas Legislative Black Caucus.  She is the Connection Chair of Beta Pi Omega Chapter of Alpha Kappa Alpha, Inc.